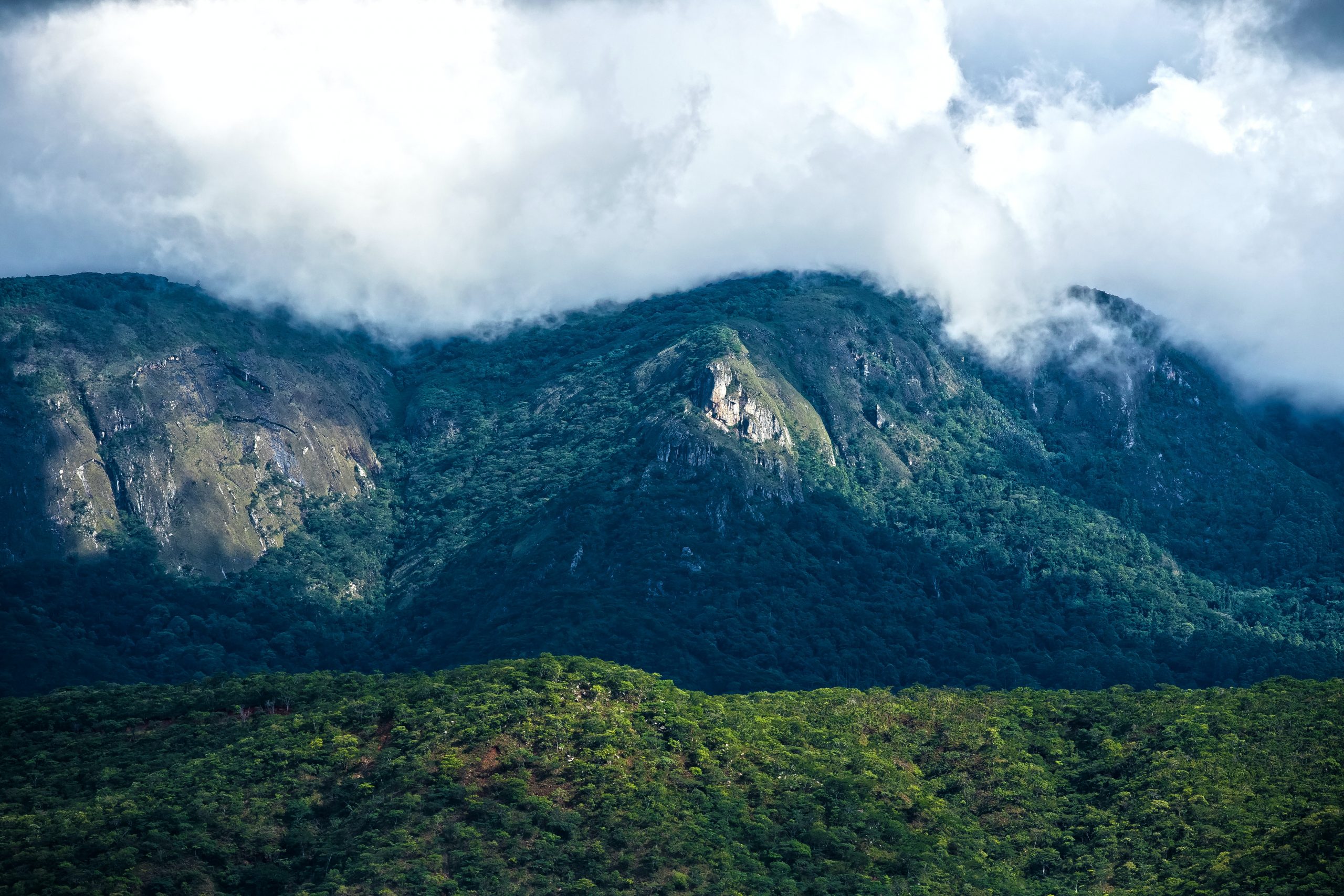 The Bvumba Dawn chorus was recorded in the lush forests; a White-browed Robin-Chat leads the dawn chorus with calls from Livingstone’s Turaco and many more.

It’s a windy start to the dawn chorus in the forest at Seldomseen Holiday Cottages, a birding paradise in Zimbabwe’s Eastern Highlands. A White-browed Robin-Chat leads the chorus, a spectacular sequence from one of Africa’s leading songsters that continues well into the morning. In the background, the harsh ‘korr-korr’ call is from a bright green Livingstone’s Turaco. The call is repeated at regular intervals, sometimes dominating the forest chorus. The harsh crowing of a Red-necked Spurfowl follows shortly afterwards. An African Wood Owl gives a soft hoot (0.18) and this is repeated several times. Tiny Yellow White-eyes are calling softly in the forest canopy (0.33). The Red-necked Spurfowl crows again at 1.40.

As the Robin-Chat continues to sing other birds are waking up and begin calling softly in the background. A secretive Orange Ground Thrush (2.43). The Turaco calls again (3.23). In the background, Stripe-cheeked Greenbul’s begin their harsh chattering call (6.10) while Yellow White-eyes sing quietly as they search for food in the forest canopy.

A Samango Monkey gives a soft “boom” call at 8.26. A Burchell’s Coucal gives its bubbling call (8.53) and repeats it several times. At 9.23 the Striped-cheeked Greenbul, a forest species restricted to the Eastern Districts in Zimbabwe, becomes more vocal as does the Orange Ground Thrush (11.39). In the background, a Buff-spotted Flufftail starts its mournful hoot (11.48) and together with the Coucal they repeat their calls again at regular intervals.

The Turaco gives a few loud croaks (14.14) and the monkey gives its “boom” call at 16.05. Shortly afterwards a Gorgeous Bushshrike gives its distinctive 3-4 note call (16.12) and a diminutive Cape Batis calls in the background. Then a Yellow-rumped Tinkerbird starts its rather monotonous ‘pop pop pop’ call (18.42).

Some of the Turaco’s are feeding in the trees close to the microphones making knocking and soft growling noises (20.02). The Gorgeous Bushshrike is more obvious at 20.39 as is the Cape Batis. A Red-necked Spurfowl calls again (20.53) followed by several calls from the Gorgeous Bushshrike. The Turaco’s are growling as they feed on fruits in the forest canopy. Far in the background, an Eastern Bronze-naped Pigeon, another Eastern Highlands special, gives a short hooting call (23.31). At 23.40 there is an unidentified noise from the forest floor. The Bronze-naped Pigeon calls again at 24.15 and repeats its call several times. The Yellow-rumped Tinkerbird gives another series of calls at 24.30.

The White-browed Robin-Chat brings this amazing dawn chorus to an end having sung continuously for the entire 28 minutes.